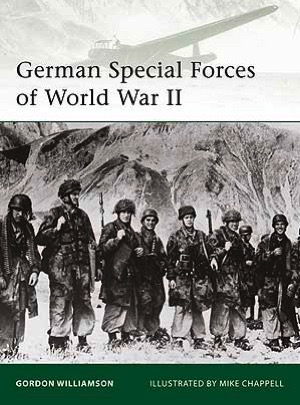 About this book
A fascinating and long overdue study of the troops that made up Germany's elite special forces of World War II. Such forces included the legendary Skorzeny Commandos who carried out audacious tasks such as the glider-borne rescue of Mussolini, and the kidnapping of the son of the Hungarian regent, Admiral Horthy. This book also includes details of lesser-known units such as the Brandenburgers, who operated behind enemy lines in captured uniforms, and the Kleinkampfverbande who were the forerunners of modern-day naval combat troops like the US Navy SEALs. Complete with uniform and kit detail together with action accounts of many of these daring operations, this book is a must-have for any special forces enthusiast.