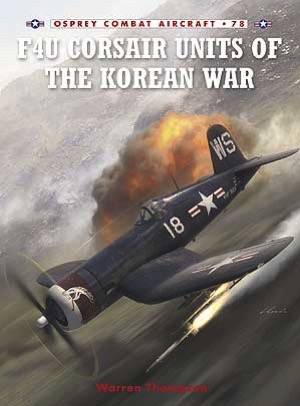 About this book
This book tells the story of the 26 US Navy Squadrons, most of which were carrier based, and the six Marine Corps F-4 squadrons that flew combat missions against the North Koreans. Drawing from a vast repository of personal interviews with F-4 pilots, the author paints a harrowing picture of the deadly combat of this often forgotten air war. Included in this volume is the story of Lt Guy Bordelon, the US Navy's sole ace of the Korean War, who flew an F4U-5N night-fighter against the night raiders sent up by the Korean Air Force. Supporting the text is a vast number of previously unpublished private photographs that bring the stories of these pilots to life. Finally the book contains extensive appendices that detail every unit deployment by carrier, air group, Corsair model and tail code, as well as detailed lists noting every Corsair lost in the war.