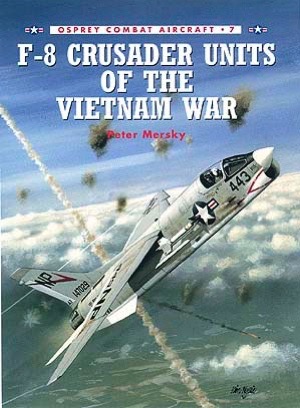 About this book
Known to its pilots as the 'last of the gunfighters' due to its quartet of Colt-Browning Mk 12 20 mm cannon, the F-8 Crusader was numerically the most populous fighter in the US Navy at the start of America's involvement in the Vietnam conflict in 1964 - some 482 F-8C/D/Es equipped 17 frontline units. It enjoyed great success against North Vietnamese Mig-17s and Mig-21s during the Rolling Thunder campaign of 1965-68, officially downing 18 jets, which represented 53 per cent of all Mig claims lodged by Navy squadrons during this period.