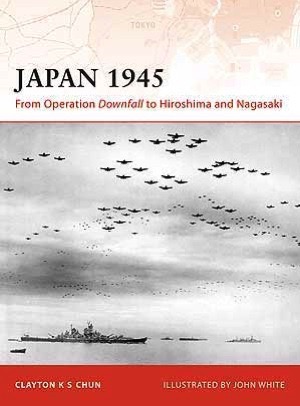 About this book
In this 200th Campaign series title Clayton Chun examines the final stages of World War II as the Allies debated how to bring about the surrender of Japan. He details Operation Downfall (the planned invasion of the Japanese home islands).Chun explains why these plans were never implemented, before examining the horrific alternative to military invasion - the attacks on Hiroshima and Nagasaki with nuclear weapons. With a series of illustrations, including detailed diagrams of the atomic bombs, a depiction of the different stages of the explosions and maps of the original invasion plans, this book provides a unique perspective of a key event in world history.