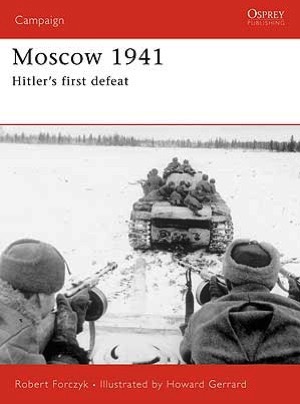 About this book
Suffering a staggering loss of over 2 million troops by September 1941, Soviet forces were faced with the prospect of Hitler victoriously re-directing his powerful German armies toward the heart of Soviet Russia - Moscow. However, the season was late and the Germans found themselves in a race to launch a final decisive attack before the arrival of the dreaded Russian winter. Stalin desperately sought to play for time by mustering all available military resources to save his capital.

This book is the story of Operation Typhoon, the largest German operational attack of the war and Hitler's desperate attempt to seize Moscow. With expert knowledge of the subject, author Robert A. Forczyk successfully manages to bring to life the battle which saw the most horrific losses for the Soviet defending forces and marked the first defeat of the Wehrmacht.