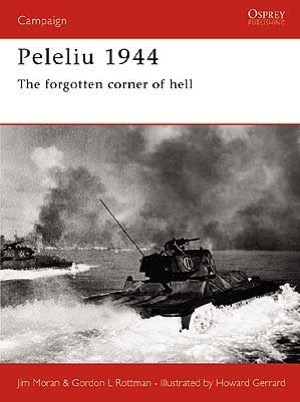 Manufacturer: Osprey Books
Stock Number: OSP CAM110
View all products of type "Clash of Armies"
View all products of type "Naval Warfare"
About this book
Equalling Tarawa, Iwo Jima and Okinawa in scale and ferocity, the battle for Peleliu has long been regarded as the Pacific War's "forgotten battle", and perhaps one that should never have been fought. A massive carrier-based attack some weeks before the invasion destroyed all aircraft and shipping in the area and virtually isolated the Japanese garrison. 1st Marine Division commander, General Rupertus, made extravagant claims that the capture of Peleliu would "only take three days - maybe two." But the Japanese fought a bloody battle of attrition from prepared positions an in a struggle of unprecedented savagery a whole Marine Division was bled white.