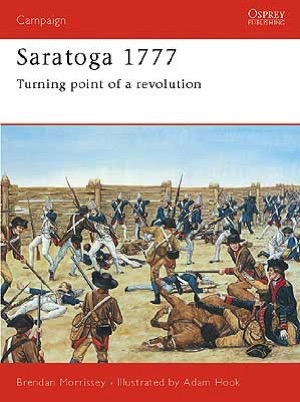 Manufacturer: Osprey Books
Stock Number: OSP CAM67
View all products of type "Clash of Armies"
View all products of type "Battles"
About this book
The Saratoga campaign was a watershed, and is widely believed to have been the turning point of the American War of Independence. For the first time British regulars were beaten in open battle by equal numbers of Americans. The Continentals bore the brunt of the fighting, supported by 'hordes' of militia who proved adept at attacking detachments or lines of communication.The after-shock in America (on both sides) and Europe transformed a civil war into a global struggle against the two colonial superpowers of the day, France and Spain, and eventually lost George III his American colonies.