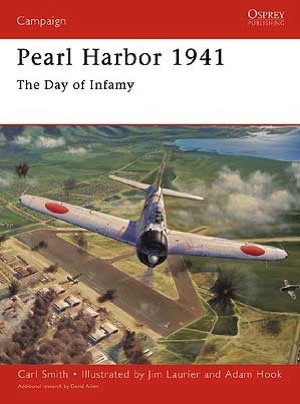 Manufacturer: Osprey Books
Stock Number: OSP CAM62
View all products of type "Naval Warfare"
View all products of type "Air Warfare"
About this book
December 7, 1941 was one of the single most decisive days of World War II - the day that brought the USA into the fight. Six Japanese aircraft carriers disgorged their full complements in two waves on the superior US Pacific Fleet as it lay slumbering in Pearl Harbor. Depending on opposing viewpoints, the attack was either a brilliant maneuver of audacious strategy, or a piece of unparalleled villainy and deception by a supposedly friendly power. This revised edition, containing the latest research on the events of December 7, 1941, reveals several previously unknown aspects of the attack and dispels key myths that have been built up around the fateful day - a day, Franklin Delano Roosevelt declared, that would live in infamy.