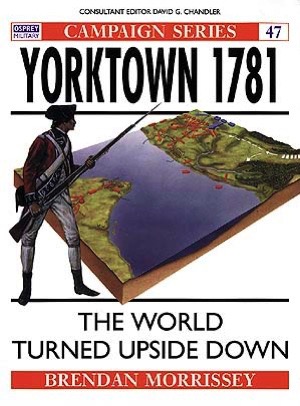 DISCONTINUED This product has been discontinued
and is no longer available.List price: $21.95
You pay: $15.89
(All prices in U.S. Dollars)

Manufacturer: Osprey Books
Stock Number: OSP CAM47
View all products of type "Clash of Armies"
View all products of type "Battles"
About this book
By 1781 Britain's struggle to contain the rebels in her American colonies had reached an inglorious stalemate. Six years on from the British defeat by the New England militia at Boston, George Washington's rebuilt Continental Army - with support from the French - now systematically began to seek out and destroy British forces even if protected by seemingly impregnable defences. Yorktown would be a salutary lesson to the British Crown about the odds she now faced in holding on to her colonies.