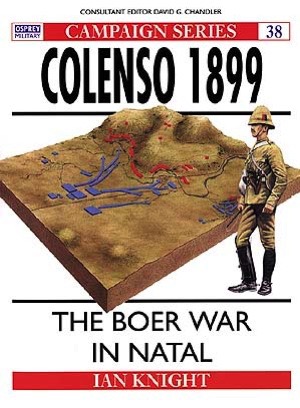 Manufacturer: Osprey Books
Stock Number: OSP CAM38
View all products of type "Clash of Armies"
View all products of type "Battles"
About this book
In 1899 Great Britain was at the height of its Imperial power. The Queen Empress had been on the throne for more than 50 glittering years, and her domain touched upon every continent. Yet, even at this pinnacle of Imperial pomp and majesty, the British army, guardian of the Empire in countless wars across the globe, was destined to be humiliated by poorly-organised citizen militia consisting of men whom the British professionals despised as back-wood farmers. In one week in December 1899 the farmers of the South African Boer Republics of the Orange Free State and the Transvaal inflicted three serious reverses on British troops.