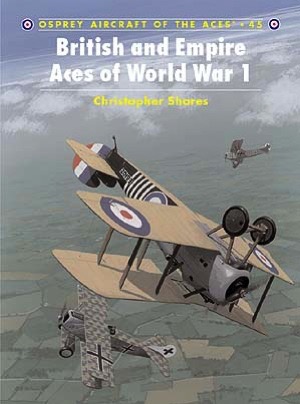 About this book
At the outset of World War I the British had some 110 assorted aircraft, used mostly for the visual reconnaissance role. With the advent of faster and more agile single-seaters, the Allies and their adversaries raced to outdo each other in the creation of genuinely effective fighters with fixed forward-firing machine gun armament. It was not until 1917 that the British developed a truly effective interrupter gear, which paved the way for excellent single seaters such as the Sopwith Triplane Camel and the RAF S.E.5., later joined by the Bristol F.2B - the war's best two-seat fighter. This volume traces the rapid development of the fighter in World War I and the amazing exploits of the British and Empire aces who flew them.