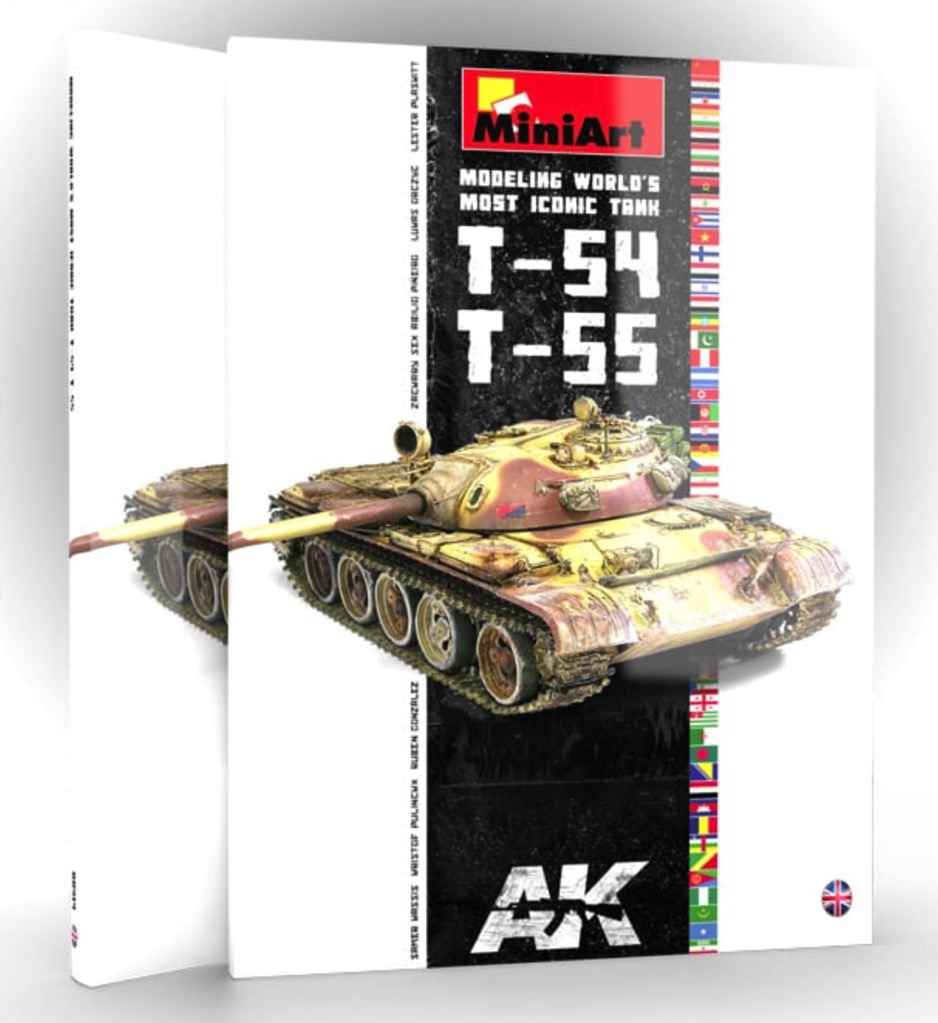 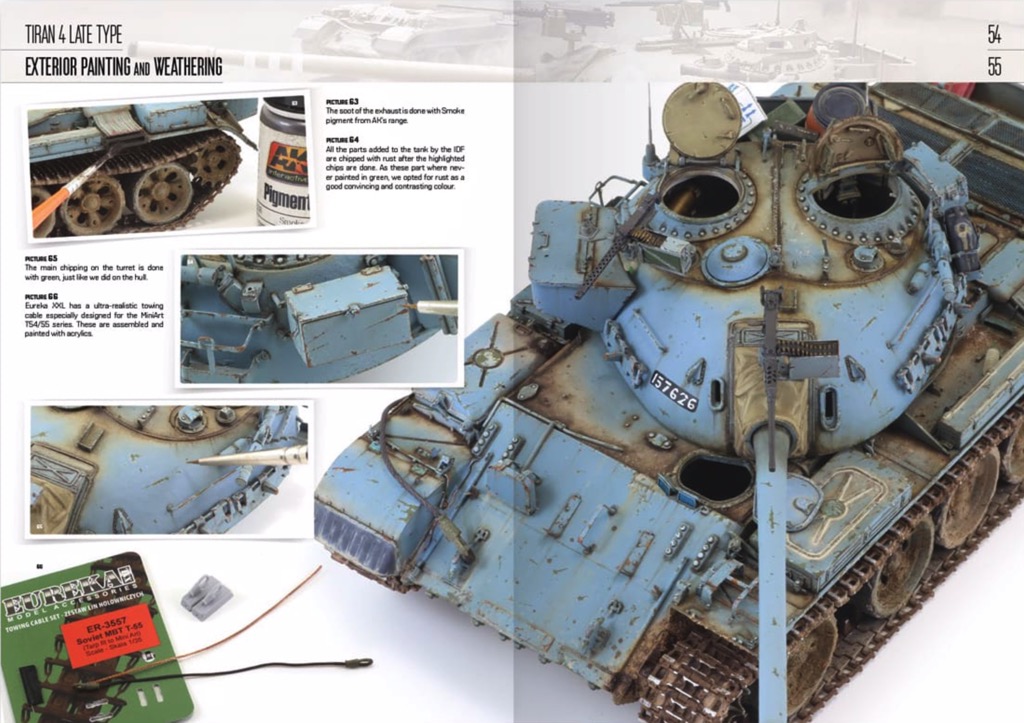 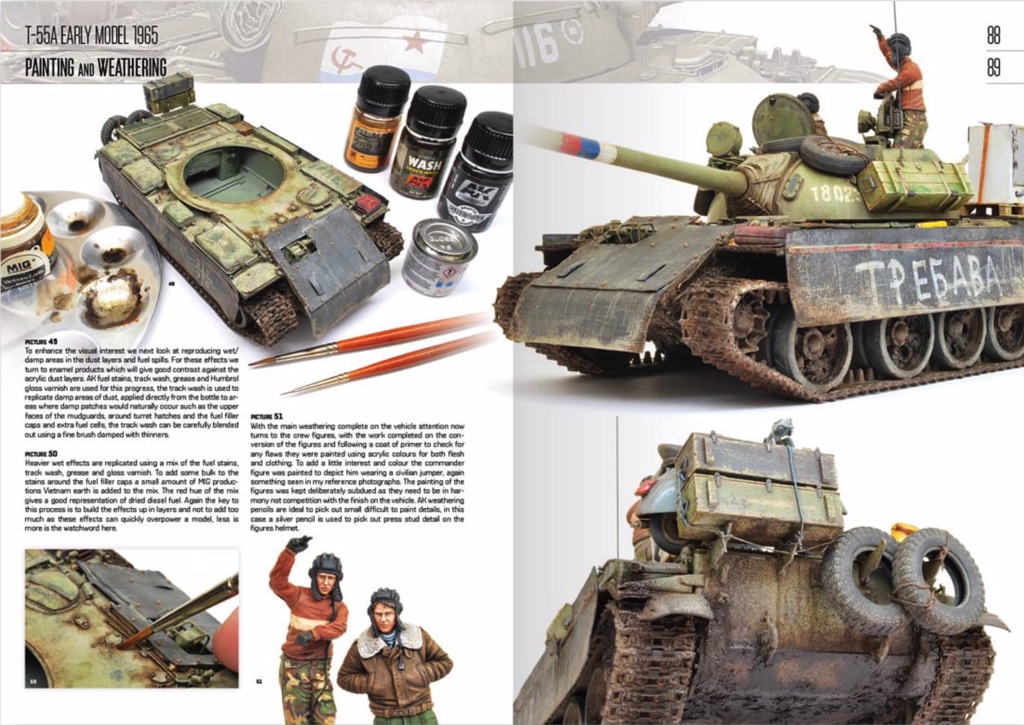 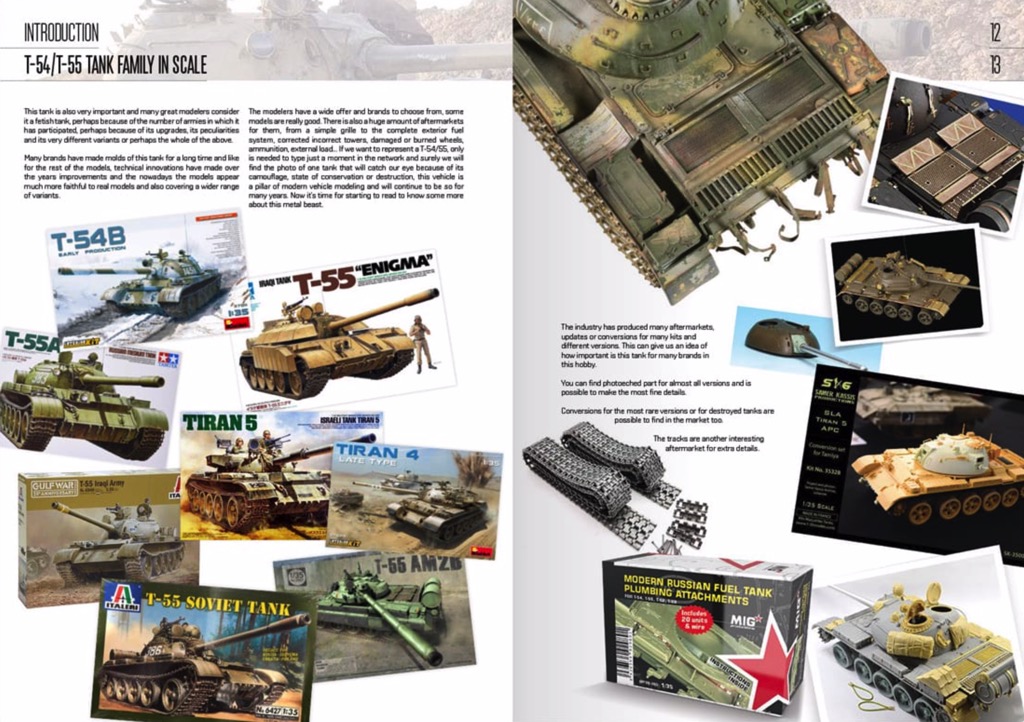 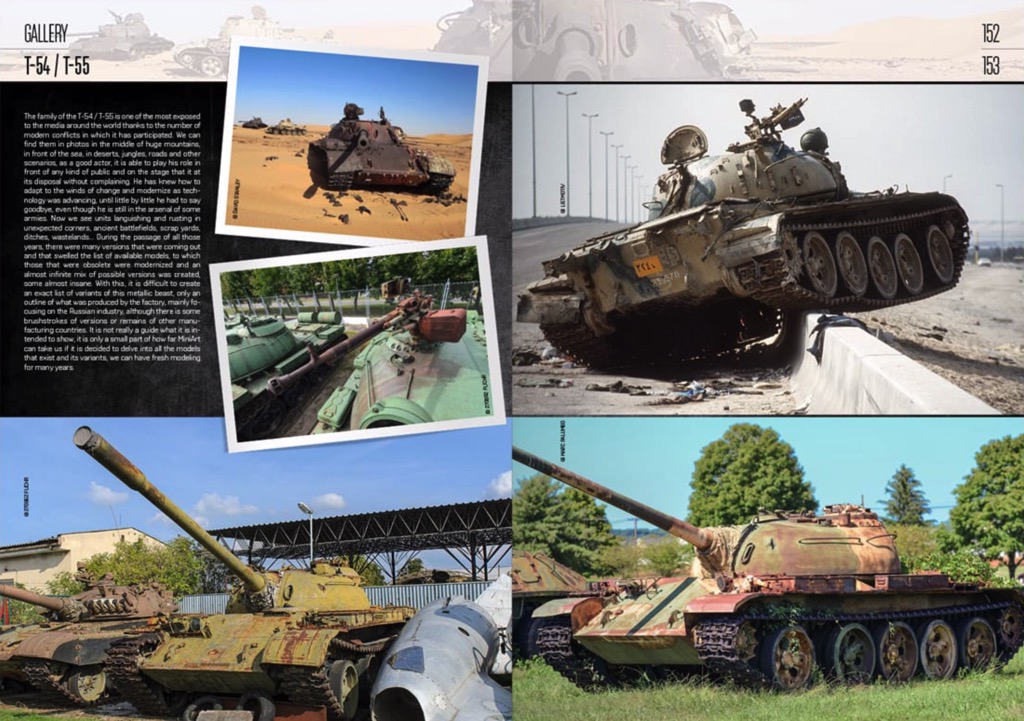 Manufacturer: AK Interactive
Stock Number: AKI 914
View all products of type "T-55"
View all products of type "T-54"
MiniArt's first collaboration with AK-Interactive brings as a result this fantastic book backed by the quality and originality of both brands.This book covers the scale models of this iconic tank, and the new MiniArt mod-els, showing 6 extensive and amazing step-by-step articles, and numerous curiosities of the different versions and evolutions. A book that a modeler can't miss even if you are not a fan of this tank.

The T-54 and T-55 are a family of tanks designed in the Soviet Union, descendants of the armored vehicles used during the II WW by this ancient power. The T-55 is sibling of the T-54 which was developed from this with a series of important modifications and that saw the light in 1955. Basically, it is actually an improvement of the T-54 which was decided to change its name for some reason, but that retains so much of the initial design that it should have been a T-54 with its bullet corresponding to the revised version. One of the most important improvements offered by the T-54/55 with respect to the old tanks was the incorporation of the 100mm cannon that some units of the T-44 already introduced. The hull is formed by welded plates and the tower is made of cast iron ... This is how the best modeling book oriented to these iconic tanks begins.