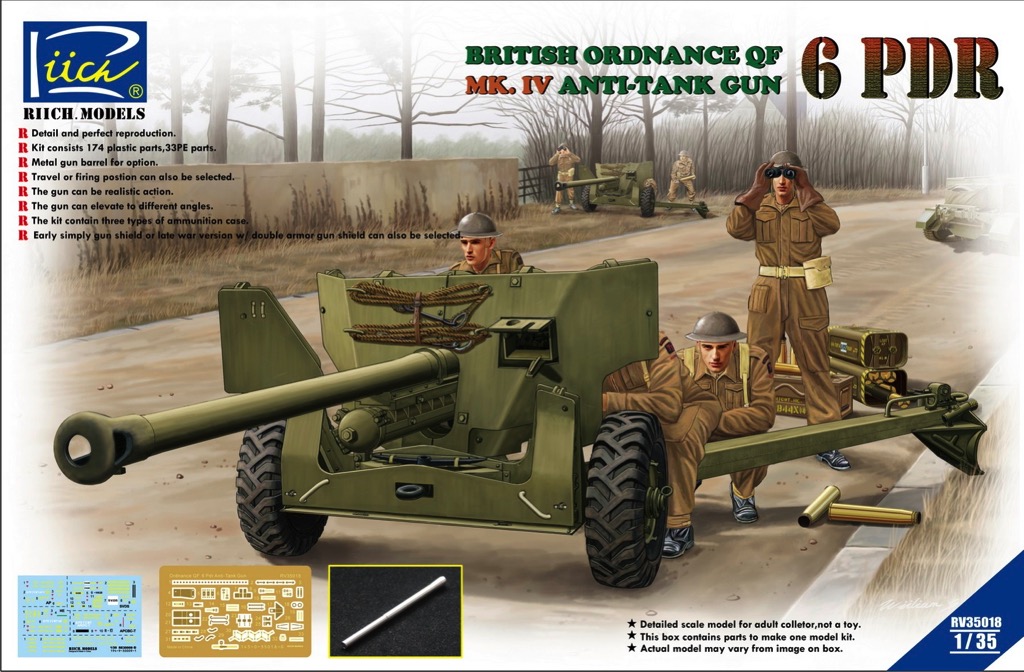 Details: The 6 Pounder anti-tank gun was a 57mm weapon developed in 1938-40 to replace the 2 Pounder both as a tank gun and artillery piece. However with the fall of France the weapon was shelved because there was no spare production. It was not until early in 1942 that the first 6 Pounder guns were produced, and they saw action in the Desert from April 1942. It became the standard infantry anti-tank weapon with both British and later American armies. It was a small and relatively lightweight weapon, but was capable of destroying the German Tiger tank. Firing APC Shot, the 6 Pounder could penetrate up to 92mm of armour, this was increased to 142mm when APDS ammunition was introduced in March 1944. In the British army the 6 Pounder was usually towed by a Universal Carrier. In US service it was towed by small trucks like the Dodge Weapons Carrier or M2 Half Track. The US version of the 6 Pounder was designated the 57mm Anti-Tank Gun M1, and was identical except for the wheels and screw threads. The 6 Pounder was a very well liked weapon and remained in service with some armies up until the 1960's.