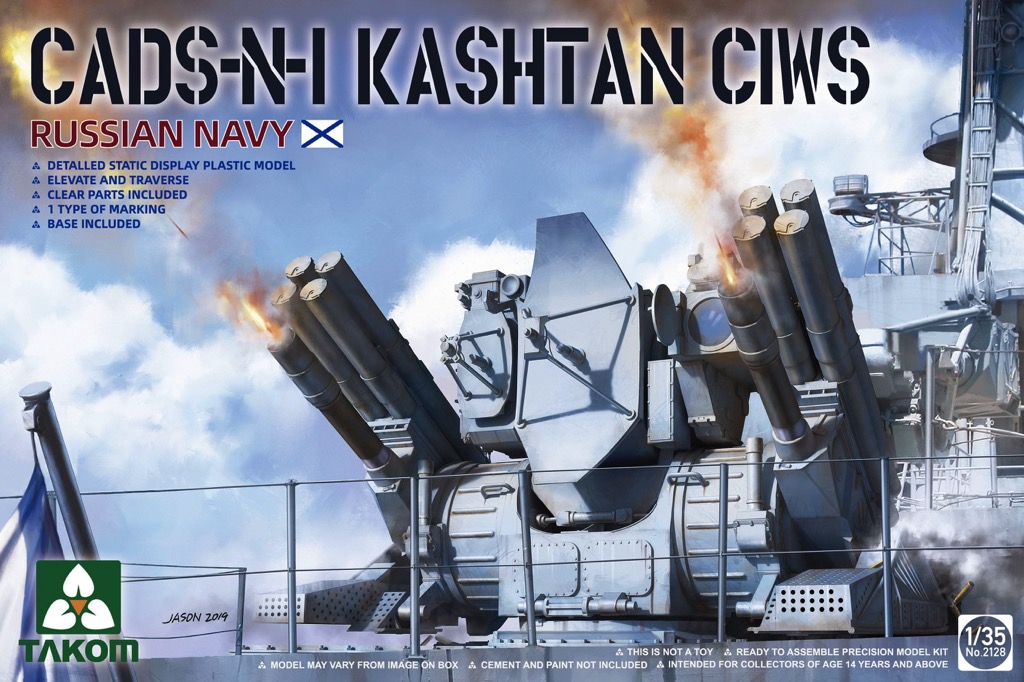 Features: The CADS-N-1 Kashtan-M shipborne air defense gun/missile system is designed for protection against anti-ship missiles, anti-radar missiles, cruise missiles, fixed- or rotary-winged aircraft, as well as for engagement of small sea and ground targets. This Close In Weapon System (CIWS) system can be installed on ships displacing 400-plus tons.

The system is composed of a command & control module which detects, classifies and tracks aerial and stationary targets and designates them to the combat modules. The combat module consists of a gun/missile unit with integrated radar and digital optical fire control system. The system mounts a pair of 30mm six-barrel GSh-6-30K rapid-fire cannons firing APDS, HEFI, and HE/tracer rounds with a range of 4000 meters and maximum altitude of 3000 meters. Up to four 9M311-1 two-stage solid-propellant surface-to-air missiles can be mounted above each of the guns, with a range of 10000 meters and a maximum altitude of 6000 meters. The missiles are housed in transport-launch containers ensuring their safe handling and reliability. The integrated fire control system simultaneously tracks targets and guides missiles onto them via its radar and TV/optical channels with autonomic selection of the optimal mode. To work in adverse weather conditions, the Kashtan-M is equipped with a thermal imaging system.

The Kashtan-M CIWS ensures efficient self-defense thanks to the high probability of the interception of approaching air targets at longer distances (10,000 m to 1,500 m) with missiles, and a follow-on engagement of any survived targets at a close-in range (4,000 m to 500 m) with gunfire. Fully automated combat operation of the system (from target acquisition till engagement) allows it to engage up to five targets a minute with a kill probability of 96-99%.