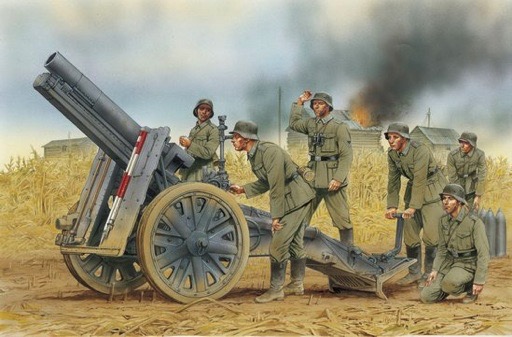 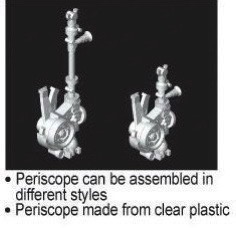 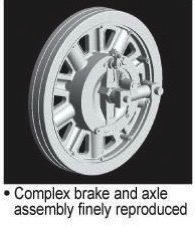 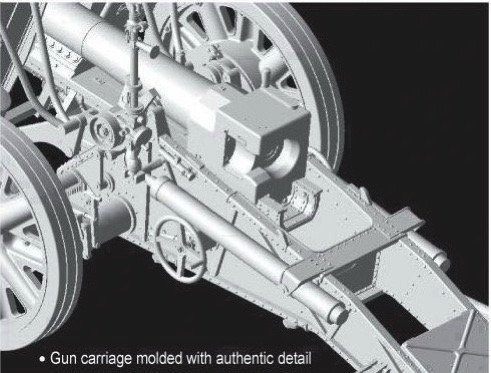 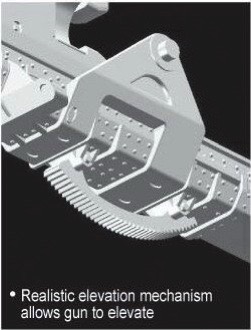 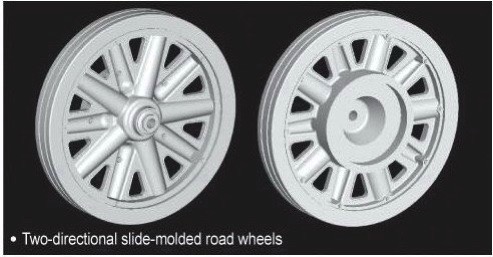 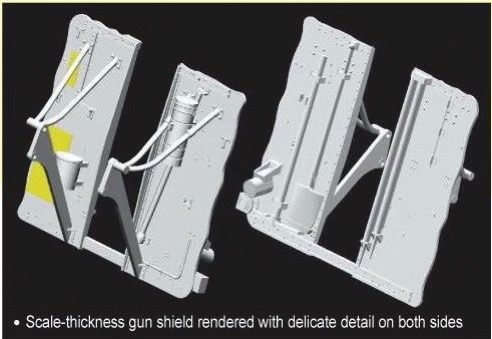 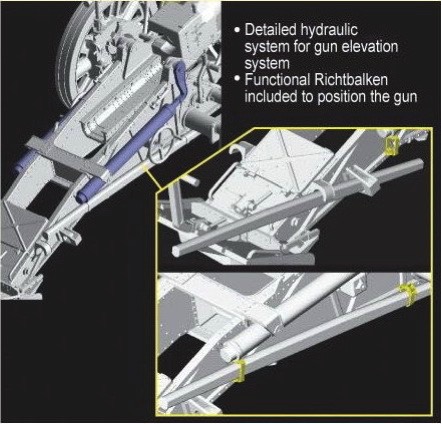 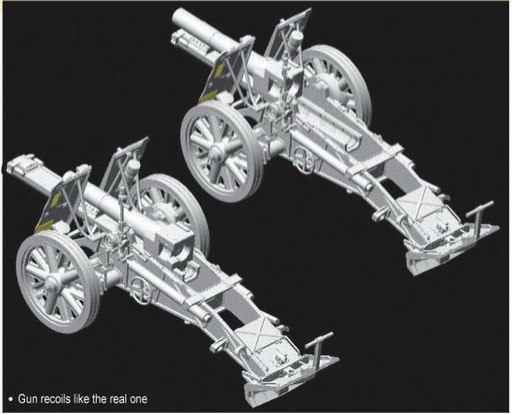 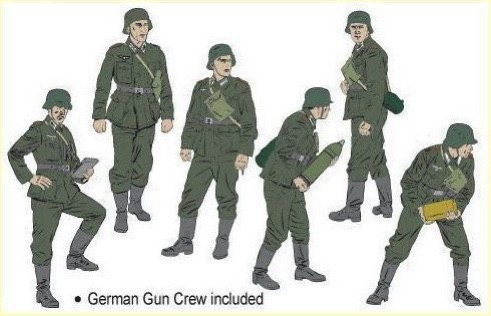 Features: Germany's standard heavy infantry gun throughout WWII was the schweres Infanterie Geschutz 33 (contracted to s.IG.33), of 15cm caliber. It was a larger counterpart to the 7.5cm le.IG.18 infantry gun. Approved for service in 1933, the s.IG.33 was originally designed to be horse-drawn. However, later models were especially designed for towing behind vehicles such as trucks or halftracks. Thus they had pressed-steel wheels clad in solid rubber tires, plus they had air brakes.

At 1750kg the s.IG.33 was quite heavy for use by infantrymen, but it could fire 15cm rounds such as HE, smoke and hollow-charge (for the antitank role) to a maximum range of 4700m. Perhaps most interestingly of all was the 90kg Stielgranate 42 demolition round designed to destroy obstacles such as bunkers. Dragon has developed a 1/35 scale Smart Kit of the s.IG.33, and the contents of the box specifically replicate one of the later infantry gun models that were destined for motorized towing.

The kit includes an aluminum gun barrel with realistically rendered rifling. The detailed hydraulic recoil system allows the gun to be posed in normal position or in full recoil, plus different elevations for the gun barrel can be chosen. The breech can also be shown open or closed, depending on which part the modeler selects. The highly detailed gun kit comes replete with a number of accessories. These include a six-man gun crew ready to fire the weapon. A range of DS parts contribute useful components like protective ammo wicker cases and wicker ground mats. As a bonus to several 15cm ammo rounds already on offer, the kit even boasts the Stielgranate 42 "stick bomb" demolition round. This is a masterfully produced kit of an important German artillery piece, and with all the extras Dragon has included, it represents a very desirable package.