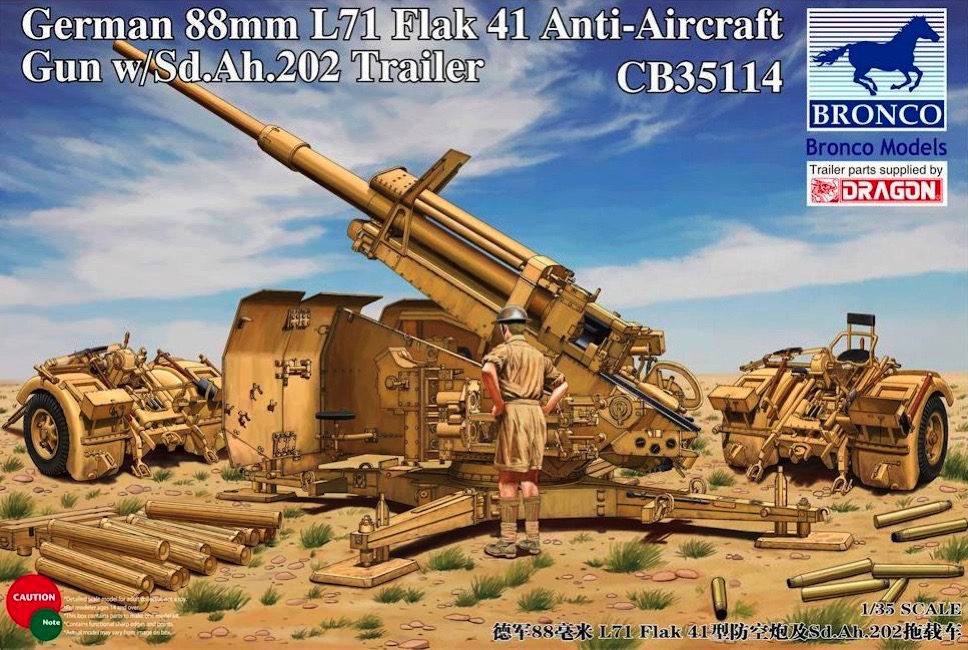 The famous German "Eighty-Eight" anti-aircraft gun was first developed in 1915 as a weapon to counter high flying Allied aircraft and observation balloons. The designs were based on the German Naval 8.8cm caliber gun and the first prototype weapon was completed in 1917. However the 8.8cm L/56 Flak 18, first production model, did not appear until 1928 and was a colaberative effort with Bofors of Sweden. In the 1930's the design was improved to produce the Flak 36 and Flak 37, which were in service as Germany began its war of conquest in 1939. Now at war the Luftwaffe demanded a gun of longer range, and Rheinmetall responded with the 8.8cm L71 Flak 41. This weapon could fire a 9.4kg shell to an altitude of 11.300 meters, and was almost as good as the larger 12.8cm Flak guns. The weapon also had an increased rate of fire, up to 25 rounds per minute with an experienced crew. However in service the Flak 41 was difficult to maintain and most were retained in Germany. Total production was only 556, which reflected its high production cost and complex manufacture.